US economy proves it is robust and thriving, liberal 'sugar high' predictions are wrong again 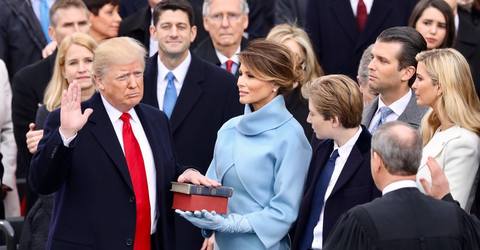 N/A by N/A is licensed under N/A
This is no “sugar high” for the U.S. economy. To the great shock and disappointment of liberals who have been desperately hoping for an economic downturn, the U.S. economy once again blew away expectations, recording a 3.2 percent GDP growth rate in the first quarter of this year.

Even MSNBC described the quarterly growth as “extraordinary.”

Liberals have been predicting an impending recession for months. Frustrated with the obvious success of President Trump’s sweeping middle-class tax cuts – which they had claimed would result in “Armageddon” – Democrats next argued that the Tax Cuts and Jobs Act (TCJA) would only produce a “sugar high” for the economy. With each successive quarter that their predictions have failed to materialize, they’ve only become more frustrated with the economy’s long-term prospects.

Yet, contrary to their doom-and-gloom narrative, Q1 GDP growth exceeded economists’ projections by nearly a full percentage point, shattering the illusion that America’s economic engine is starting to sputter.

This isn’t a one-time anomaly, either. GDP growth has been increasing steadily throughout Trump’s presidency, and the most recent data bring us to three consecutive quarters in which year-over-year growth has been 3 percent or higher. In fact, GDP growth has averaged 3.3 percent over the past four quarters.
N/A by N/A is licensed under N/A