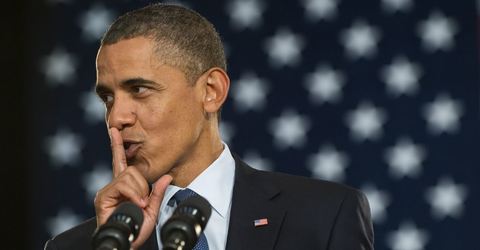 N/A by N/A is licensed under N/A
DiGenova spoke about an Obama administration official who actually had integrity, a man who noticed that something was amiss and acted. He discovered that American citizens were being spied upon.

In fact, it was this man who traveled to Trump Tower on November 17, 2016 to brief then President-elect Donald Trump that communications from the building were being tapped. He did not notify his superior, then Director of National Intelligence James Clapper, beforehand.

DiGenova said, “There’s a hero. His name is Admiral Mike Rogers. He was the head of the National Security Agency (NSA).”

The Epoch Times’ Jeff Carlson wrote a detailed article about this incident entitled “An American Hero and the Death of a FISA Narrative” in January 2018. (He also provides a precise account of the Obama administration’s violations of the 702 program.)

On that same day, the Trump transition team abruptly announced they were leaving Trump Tower and moving their operations to Trump National Golf Club in Bedminster, New Jersey.

Two days later, the Washington Post reported that James Clapper and Defense Secretary Ash Carter had recommended the removal of Mike Rogers from his NSA position. That didn’t happen, but Rogers announced his retirement on January 5, 2018…after heading the National Security Agency for nearly four years.
N/A by N/A is licensed under N/A