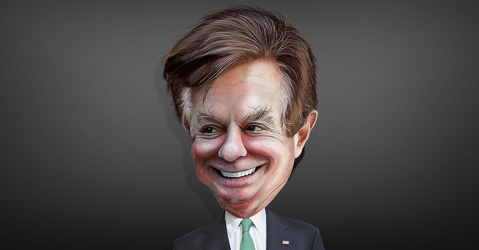 N/A by N/A is licensed under N/A
This month, the greatest off Broadway production should be titled “The Prosecutors,” starring Manhattan District Attorney Cyrus Vance Jr. and New York Attorney General Letitia James. As in another dramatic comedy, “The Producers,” the state case against former Donald Trump campaign manager Paul Manafort seems designed to fail, leaving its prosecutors with the convenient windfall of public support and none of the burden.

The New York state charges that Vance filed against Manafort appear to run afoul of state and federal protections against double jeopardy, or being prosecuted twice for the same underlying conduct. The timing of the charges alone seemed right out of the playbook of “The Producers” character Max Bialystock, the corrupt Broadway figure who insisted that in New York the rule is “if you got it, flaunt it, flaunt it.” Accordingly, Vance waited just minutes after the Manafort sentencing to hit him with state charges, guaranteeing the maximum exposure and credit for his effort.

The problem is that the case appears not only constitutionally flawed but ethically challenged, coming right out of the Max Bialystock School of Prosecution. I have long been one of the longest and loudest critics of Manafort. He is a corrupt and despicable person who deserves the two sentences that could keep him in jail for the rest of his life. However, it is not his crimes but his association with President Trump that has driven the manic effort to charge him in New York. In this current age of rage over Trump, Manafort is a readily available surrogate for selective prosecution.

For more than a year, leading New York state prosecutors have openly pledged to get Manafort on some undefined crime to prevent Trump from releasing him from jail on a presidential pardon. They promised to find crimes that could be alleged in the state system, which would not at all be impacted by a presidential pardon. To do that, they only had to strip all citizens of certain rights. Former New York Attorney General Eric Schneiderman pushed the legislature to rescind a core protection against double jeopardy to allow him to charge Manafort on the same criminal conduct that he would later be sentenced for in federal court.

New York is one of those states with its own protections against such abusive and duplicative charges. When Schneiderman was forced out of office for alleged sexual assault, his cause was picked up by his successor, Barbara Underwood, who has deemed the constitutional protection a loophole that would “thwart the cause of justice rather than advance it.” You heard that right, a constitutional protection would “thwart justice” because it could be used by an unpopular individual such as Manafort.
N/A by N/A is licensed under N/A