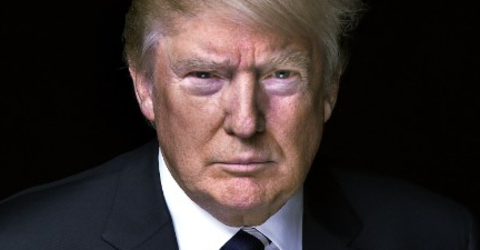 A stunning interview by The Conscious Resistance with Bradley Edwards, a prosecuting attorney for the victims of Jeffrey Epstein--whom Epstein sued for “defamation”, which was later settled--reveals that not only was Trump not connected to the crimes, he was a key player in bringing him to justice, more than a decade ago!

Epstein is powerful billionaire, once friends with The Donald himself, and tied closely to the Clintons, who was arrested this past Saturday for the charge of trafficking minors between the years of 2002 and 2005.

This is not his first brush with consequences for sex crimes, either. In 2008, Epstein pleaded guilty to two minor charges of solicitation of prostitution and procurement of minors for prostitution, serving 13 months of an 18-month prison sentence. It was a slap on the wrist for a long history of molestation against young women and girls, whom he often brought in from other countries under the guise of receiving “massages.”

Knowing that Epstein is no longer a figure that can be protected, the Left has decided that they’ll take this opportunity to bring Trump down with him, and anyone else complicit in his crimes. As such, they’ve done everything they can to find even a shred of evidence against the President, using a statement Trump once made about Epstein when he was a real estate developer in New York.

“I’ve known Jeff for fifteen years. Terrific guy,” he said. “He’s a lot of fun to be with. It is even said that he likes beautiful women as much as I do, and many of them are on the younger side. No doubt about it--Jeffrey enjoys his social life.”

But the truth has an interesting way of revealing itself. The interview of Bradley Edwards shines a light on what really went down between Trump and Epstein.

“The only thing that I can say about President Trump is that he is the only person who, in 2009 when I served a lot of subpoenas on a lot of people, or at least gave notice to some pretty connected people, that I want to talk to them, [Trump] is the only person who picked up the phone and said, let’s just talk. I’ll give you as much time as you want. I’ll tell you what you need to know,” he said.

“[He] was very helpful, in the information that he gave, and gave no indication whatsoever that he was involved in anything untoward whatsoever, but had good information.”

Trump actively helped Edwards take down the powerful trafficker when no other associate of Epstein’s was willing to do so. What’s even more telling, is the incident at Trump’s Mar-A-Logo Club in Palm Beach, Fl., from where Epstein was removed and barred after reportedly assaulting an underage girl.

It always seems that every attempt by the Left to make Donald Trump look like a monstrous criminal has actually proven to uplift his character. Trump has a history of womanizing, this is true, but there is a massive difference between having consensual relations with a grown adult, and being a sexual predator. The Left, who has pushed for casual, shameless promiscuity for decades, should have absolutely no problem with this, but when it comes to conservatives, especially Trump, suddenly liberals become puritanical in the lifestyle they think everyone should live.

These hypocrites would have swept these crimes under the rug (a second time!) if they didn’t think they could somehow pin it on Trump. But we have to remember, it’s not about Epstein, and it’s not even about Trump himself, but what he is to the leftist agenda: an obstacle. An obstacle who stands in the way of their tyrannical vision for America. Don’t buy into their games.
N/A by N/A is licensed under N/A