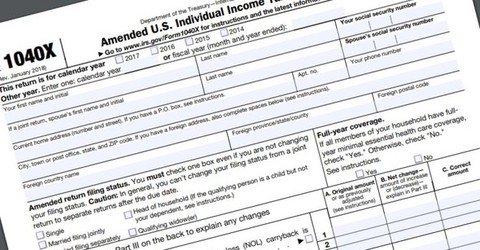 N/A by N/A is licensed under N/A
A House committee chairman has formally requested the IRS provide six years of President Donald Trump's personal and business tax returns, setting up an inevitable legal showdown with the White House and prompting congressional Republicans to warn that tax law was being "weaponized" for political purposes.

The request Wednesday by Massachusetts Rep. Richard Neal, who heads the tax-writing House Ways and Means Committee, is the first such demand for a sitting president's tax information in 45 years.

Neal made the request in a letter to IRS Commissioner Charles Rettig, asking for Trump's personal and business returns for 2013 through 2018.

“It is critical to ensure the accountability of our government and elected officials," Neal said in a statement. "To maintain trust in our democracy, the American people must be assured that their government is operating properly, as laws intend."

Told by a reporter at the White House that Democrats wanted six years of his tax returns, Trump replied: "Is that all? Usually it's 10. So I guess they're giving up. We're under audit, despite what people said, and we're working that out -- I'm always under audit, it seems, but I've been under audit for many years, because the numbers are big, and I guess when you have a name, you're audited. But until such time as I'm not under audit, I would not be inclined to do that."
N/A by N/A is licensed under N/A