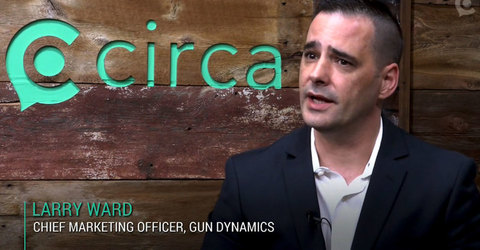 Dick's Sporting Goods, Bank of America, and Delta Airlines. These are just a few of the household names that have taken a stand in the national gun debate, and firearms entrepreneurs are feeling the effects.

A variety of companies are beginning to weigh in, including the financial sector. Companies like Bank of Americaand Citi have adjusted their policies regarding what kind of clients they will do business with in the firearms industry.

The new policies have created something of a capital investment drought for gun manufacturers and inventors. Money is becoming harder and hard to come by, especially for inventors.

"There is a cancer brewing in corporate America. And, and the remedy, the, is a healthy dose of the free market. And that’s why we started Gun Dynamics," said Larry Ward, the chief marketing officer of Gun Dynamics, in an interview.

Gun Dynamics is a crowd-funding website created by firearms entrepreneur and inventors, for firearms entrepreneurs and inventors. It was started by Larry Lopata, an inventor who couldn't secure backing for a trigger he created for popular 1911-style handguns. He figured a crowd-funding site like Kickstarter would be a good option, but he soon found out most of them do not not allow firearms products. So Lopata figured he would create his own, and founded Gun Dynamics with his partners earlier this year.

"There’s lots of gun inventions, there’s a lot of cool gun inventions," said Ward. "Whether it’s, you know, something like a trigger or a scope or... a safety [mechanism], there’s lots and lots of ideas out there. And gun entrepreneurs need a forum to be able to raise money."
N/A by N/A is licensed under N/A