A former abortionist on what 'Unplanned' gets right about abortion 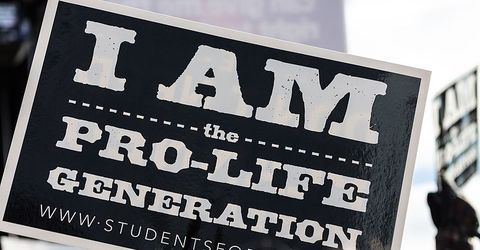 N/A by N/A is licensed under N/A
As a former abortionist, I had reservations about seeing the movie "Unplanned." What I experienced was a brilliantly executed, accurate portrayal of life within the abortion industry. It chronicles the rise of Abby Johnson from idealistic volunteer to an abortion clinic manager until she is finally confronted with the harsh reality of abortion. It also gives a rare glimpse into the corporate workings of Planned Parenthood. Although we played different roles; our experiences were amazingly similar.

I cried as I saw her make the same mistakes I had, and especially when the full realization of what she had been doing hit her. I know that anguish. While in the industry, I thought pro-lifers were rabid, mean-spirited, judgmental, fanatics. But I later experienced the same love and compassion from them that Abby did, and I realized, as she did, that they were the ones who truly cared about women in crisis and were willing to give them the help they needed. We were making a profit off these women; they were not.

I was surprised at how tastefully the movie was done considering its “R” rating and the grizzly nature of abortion itself. Although there were some uncomfortable scenes, I think it is entirely appropriate for adolescents to view it with their parents.

The motivations and opinions of the clinic staff and management portrayed in the movie were very similar to what I experienced. I believed the same feminist rhetoric. I wept for Abby and for me when I saw her reaction to seeing the fetal body parts for the first time. It was the same as mine; fascination rather than disgust or horror. The body parts they showed were realistic, but for the viewer’s sake, they were displayed only briefly and in a somewhat shielded manner.

Abby’s experience with her own medical abortion is consistent with the many cases I have reviewed. The panic and reactions of the staff when their patient almost died was realistic, as was the attempt to cover it up. Abortions are purported to be safe but, we really don’t know because so many complications are never reported. I had no requirement, nor even a vehicle for reporting complications coming out of the local abortion clinics that I saw in my practice and in the ER.
N/A by N/A is licensed under N/A