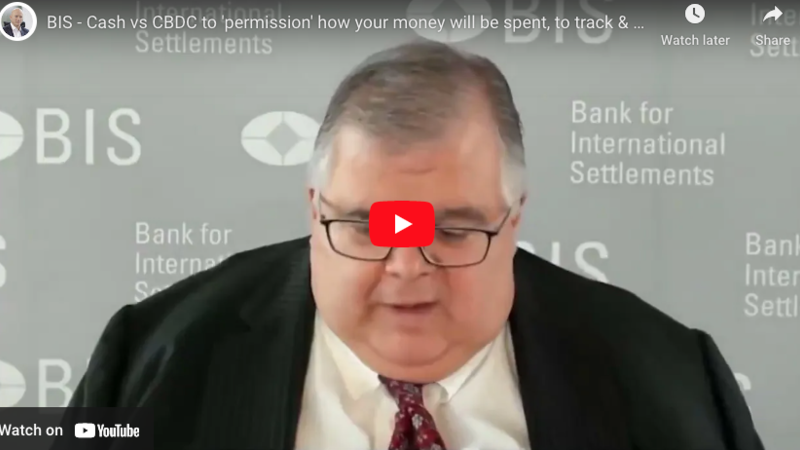 A video is going viral online showing the General Manager of the Bank of International Settlements, Agustin Carstens, issuing a disturbing message about the future of the financial surveillance state and its plans for a cashless society. Central banks, Carstens says, will have “absolute control” of everyone’s money.

The video, which initially surfaced in 2021, has gained renewed interest after announcements from the Biden Administration and other governments regarding the development of Central Bank Digital Currencies. Known as CBDCs for short, the currencies are federally-issued but take the form of crypto, and are being touted as a means to usher in a cashless society.

By getting rid of cash and using CBDCs, Carstens boasts, governments and their financial oligarchs will not only be able to track purchases globally and see exactly who’s buying what, but they’ll also be able to fulfill their longtime goal of having “absolute control” over financial transactions.
BIS - Cash vs CBDC to 'permission' how your money will be spent, to track & enforce this aspect by N/A is licensed under screenshot Youtube