Tucker Carlson: Nuclear war means the end of the world 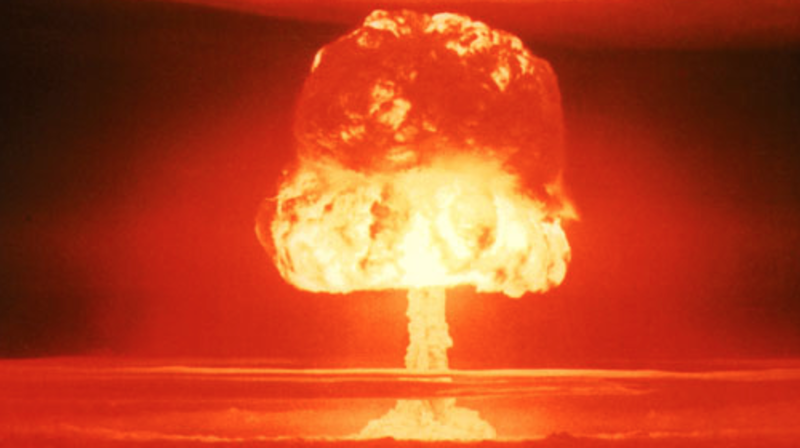 The question of who blew up Russia's energy pipelines to Europe, which is not just a question in the news, it's a historical question, we've addressed it a couple of times already, is not really much of a question anymore. So, on television, they're assuring you that obviously the Russians did it. Vladimir Putin sabotaged his own pipelines.

With his nation at war, Putin intentionally destroyed Russia's most vital national asset. Now why, you ask yourself, would Putin do that? Well, because...actually no one's explained why Putin would do something like that. Bad people do bad things. That seems to be the idea.
Operation Castle thermonuclear test, Castle Romeo shot by United States Department of Energy is licensed under Public Domain