Trump can make a great deal with Japan 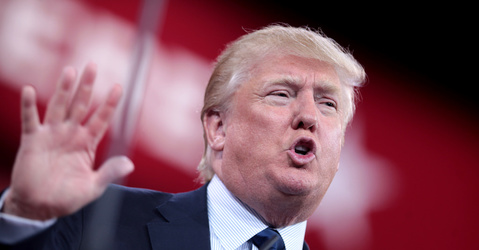 N/A by N/A is licensed under N/A
President Trump’s vocal antipathy toward multilateral trade deals has overshadowed a seemingly contrary, and certainly praiseworthy, inclination of his administration: the pursuit of bilateral trade deals with crucial trading partners.

Japan is on Trump’s mind this weekend as Prime Minister Shinzō Abe visited the White House Friday. The two leaders are discussing, among other matters, a U.S.-Japan trade deal. Critics never thought Japan would entertain such a deal after Trump pulled the U.S. out of the 12-way Trans-Pacific Partnership. But economic reality weighs heavier than hurt feelings, and both countries know they will be better off if they can work out a trade deal that reduces distortions.

We encourage Trump and Abe to pursue this trade deal and to persist in the pursuit. Trump could help the U.S. economy and burnish his image as a dealmaker if he pulls off a U.S.-Japan deal. He would also silence the barking of those who chastised him as an "isolationist" when he pulled the U.S. out of the Trans-Pacific Partnership.

Trump has responded to the "isolationist" charge by saying he’s not anti-trade, he just opposes bad trade deals. Here’s his chance to prove it.

Crucially, Trump shouldn’t pursue quotas from Japan, but systemic reform. To juice the U.S. economy, we don’t need promises that Japan will buy some certain quantity of soy. Rather, we need Japan to dial back their tariffs and subsidies. Abe has incentives to reform because Trump has threatened tariffs on Japanese cars. These tariffs would hurt Americans, but they would hurt Japan more.
N/A by N/A is licensed under N/A