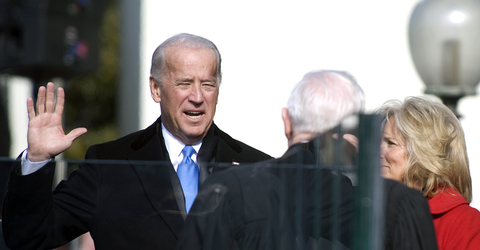 N/A by N/A is licensed under N/A
President Trump on Monday lashed out at former Vice President Joe Biden, ahead of the Democratic candidate hitting the campaign trail for the first time since entering the 2020 presidential race.

In a string of tweets, Trump vented his frustration that Biden scored the endorsement of a major firefighters union, knocked him for staging his first campaign rally in Pennsylvania and slammed the news media for focusing on a candidate Trump sees as a relic of the past.

The flurry of attacks suggest Trump views Biden as a formidable general-election opponent who could gain support from white, working-class voters in states Trump won in 2016, including Pennsylvania, Michigan and Wisconsin.

Rank-and-file union workers “love Trump,” the president argued, because of his administration's record on the economy. But he said “Dues Crazy union leadership” who “rip-off their membership with ridiculously high dues, medical and other expenses” throw their support behind Democrats.

“I'm sick of this President badmouthing unions,” Biden responded later in a tweet. “Labor built the middle class in this country. Minimum wage, overtime pay, the 40-hour week: they exist for all of us because unions fought for those rights. We need a President who honors them and their work.”
N/A by N/A is licensed under N/A