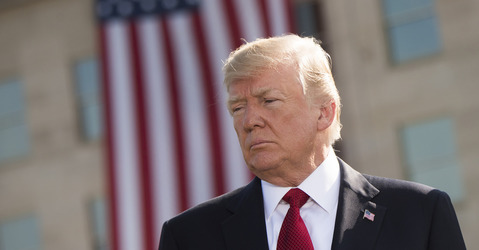 N/A by N/A is licensed under N/A
We are still months from the first votes being cast in Iowa, but the 2020 campaign is already well underway. The Democratic field is nearly set and the uncertain specter of the Mueller probe has mostly cleared the president and his team on the collusion narrative.

So why would an administration — hot off one of the president’s critical victory laps — announce in a legal filing before the 5th circuit last week that it was backing a full invalidation of the Affordable Care Act?President Trump was hedging his bets late Monday evening tweeting, “The Republicans…are developing a really great HealthCare Plan with far lower premiums (cost) & deductibles than ObamaCare. In other words it will be far less expensive & much more usable than ObamaCare. Vote will be taken right after the election when Republicans hold the Senate & win back the House.”But the damage is done. President Trump has placed the health-care debate front and center heading into the 2020 elections, and there is a very good change it will have implications beyond his own reelection prospects.

Many congressional Republicans are rightly fearful of this new legal assault on the Affordable Care Act, especially without a legislative response ready in the wings if the lawsuit is successful.

In 2018, 1 in 2 Americans lived in a household where a family member has a pre-existing condition that is protected under current law.
N/A by N/A is licensed under N/A