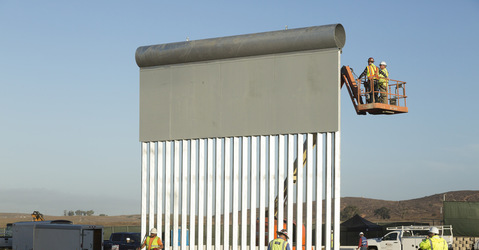 N/A by N/A is licensed under N/A
The Trump administration on Wednesday requested an extra $4.5 billion to address the surge of migrants at the U.S. southern border, in a move that could trigger a fresh round of criticism over President Donald Trump’s immigration policies.

The supplemental request stops short of seeking additional money for a border wall, which Democrats have staunchly opposed. But Democrats are sure to press for changes to immigration policy they consider too harsh.

In a statement, House Appropriations Chairwoman Nita M. Lowey, D-N.Y., said “much of” the new White House request would “double down on cruel and ill-conceived policies, including bailing out [Immigration and Customs Enforcement] for overspending on detention beds and expanding family detention.” She pledged to give the request a full review, however, and look for possible areas of common ground.

The border aid request is also further complicating a package disaster relief appropriations to respond to hurricanes, flooding and other calamities which hit states from California to Iowa to Florida over the past year.

Senate Republicans and Democrats have been struggling to agree on a disaster bill, with different versions ranging between $13.5 billion and $17.2 billion, hung up chiefly due to a dispute over money for Puerto Rico, which is still rebuilding after 2017′s Hurricane Maria.
N/A by N/A is licensed under N/A