Where Will the Next Islamic State Rise? 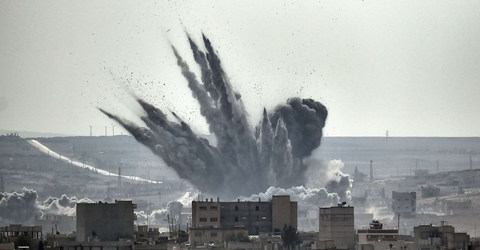 N/A by N/A is licensed under N/A
Long before the last redoubt of the Islamic State collapsed in the Syrian town of Baghouz last month, the group was regressing to a conventional militant-jihadi organization, employing hit-and-run tactics and suicide bombings to sow terror. No longer a “state” of any kind, it is now merely one of many terrorist organizations operating from secret, constantly changing hideouts.

It’s an ignominious end for a group that, at its peak, governed a region the size of Britain. The loss of territory will make it harder for governments and counterterrorism agencies to contain Islamic State, but equally, it will constrain the group’s ability to recruit fighters and raise money. It will now have to compete with other jihadist organizations, without the special esteem it enjoyed along with the trappings of statehood.

That was more than a matter of prestige: It offered tangible advantages. Foremost among them was annual revenue — primarily from taxes and oil smuggling — of hundreds of millions of dollars, and the ability to recruit from among 10 million “citizens” while attracting tens of thousands of fighters and followers from around the world.

There was a political dimension, too. By appointing himself “caliph” in 2014, Islamic State leader Abu Bakr al-Baghdadi arrogated to himself the command of all jihadis. His ability to take and hold territory — including large cities like Mosul — made his claim to their loyalty compelling. (Most Muslims rejected it outright.) The leaders of other terrorist groups may not have recognized al-Baghdadi as suzerain, and jihadi theorists may have carped about his presumption, but few questioned his success.

Although the advantages of quasi-statehood made Islamic State the envy of terrorist groups everywhere, it was hard to emulate, not least because the very presence of the supposed caliphate, exerting a powerful gravitational pull in the jihadi universe, removed the need for a second such state. Other terrorist groups aspiring to seize and control territory satisfied themselves with smaller “emirates.”
N/A by N/A is licensed under N/A