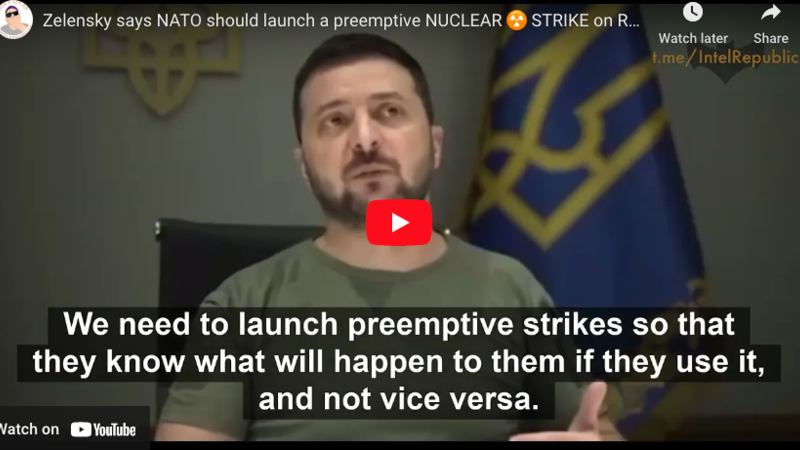 Ukrainian President Volodymyr Zelensky argues that “NATO should make it impossible for Russia to use nuclear weapons,” and has called on the military alliance to perform “preemptive strikes” on Russia.

Zelensky made his remarks in a video conference with an Australian think tank, the Lowy Institute, according to Interfax-Ukraine.

“Preemptive strikes are needed so that they know what awaits them if they use nuclear weapons. Not the other way around, waiting for Russia's nuclear strikes and then saying, 'oh, you've done that, then get this,’” he reportedly said.
Zelensky says NATO should launch a preemptive NUCLEAR strike on Russia by N/A is licensed under screenshot Youtube