Trump will win in 2020 with help from Pennsylvania 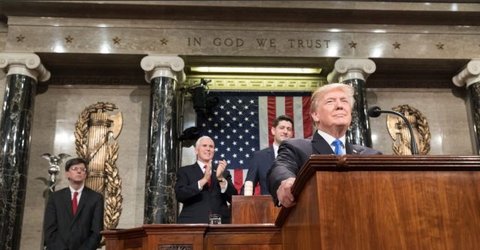 N/A by N/A is licensed under N/A
President Trump is going to win Pennsylvania and be reelected in 2020, although readers of The New York Times wouldn’t know it. On April 25, the paper ran a story that argued President Trump may not be able to replicate his numbers in places that delivered him the presidency in 2016, such as my home county of Blair, Pennsylvania.

While coastal journalists might find it enjoyable to parachute into a rural region and cherry pick quotes in order to advance a certain narrative, I’m a lifelong resident of the 13th Congressional District. I know first-hand that the people living here are pleased with what they’ve seen from our president.

Due to President Trump’s pro-growth economic initiatives like tax and regulatory reform, the unemployment rate has dropped by an average of 28 percent since January 2017 in the 10 counties that I represent.

In fact, the tax cuts are so popular in my area that the idea of making them permanent has broad support everywhere from the Chamber of Commerce in Blair to the factory floors of Franklin.

Dairy farmers, in particular, are incredibly relieved that President Trump has rolled back the Obama-era regulations on milk in schools that were perpetuating their struggles.
N/A by N/A is licensed under N/A