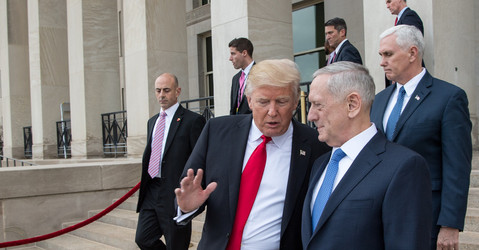 N/A by N/A is licensed under N/A
U.S. President Donald Trump, three of his children and seven of his companies filed a federal lawsuit Monday against Deutsche Bank and Capital One Financial Corp to block the banks from complying with federal subpoenas investigating his financial dealings.

The federal lawsuit, filed in the U.S. District Court’s Southern District of New York, contended that demands for records by Democrat-controlled House committees have no legitimate or lawful purpose.

“The subpoenas were issued to harass President Donald J. Trump, to rummage through every aspect of his personal finances, his businesses, and the private information of the President and his family,” the lawsuit said.

It also complains that the Democrats are hoping “they will stumble upon something they can expose publicly and use as a political tool against the President.”

Representative Maxine Waters, the chairwoman of the Financial Services Commission and Representative Adam Schiff, the chairman of the Intelligence Committee, both Democrats, called the lawsuit “meritless” in a joint statement, the New York Times and other media reported.
N/A by N/A is licensed under N/A