Time to Stop the Democrats' Obstruction 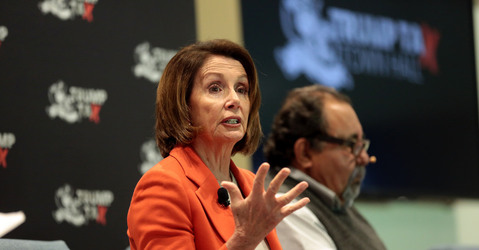 N/A by N/A is licensed under N/A
It took six months of partisan delays — and several railroad accidents — before Democrats let the Senate confirm a federal railroad administrator, even though none of them actually voted against the nominee in the end.

It’s been 354 days and counting in Senate purgatory for the president’s nominee to head the National Highway Traffic Safety Administration. Two-hundred eighty-seven days and counting for the under secretary of state for management. Noncontroversial lower court nominees have languished for weeks and weeks — for no discernible reason — before they, too, were confirmed unanimously. These are just a few examples of the historic obstruction Senate Democrats have visited upon President Trump’s nominees for two years and counting.

Since January 2017, for the first time in memory, a minority has exploited procedure to systematically obstruct a president from staffing up his administration. This new, across-the-board obstruction is unfair to the president and, more importantly, to the American people. Left unchecked, it is guaranteed to create an unsustainable precedent that would see every future presidency of either party obstructed in the same mindless way.

The Senate needs to restore normalcy. And this week, we will vote to do just that.

Every presidential election since John Adams beat Thomas Jefferson in 1796 has undoubtedly left some senators disappointed. But never before has the unhappy side then built a systematic effort to keep the new president's administration unstaffed.
N/A by N/A is licensed under N/A