Reuters held story about Beto O'Rourke until after Senate race 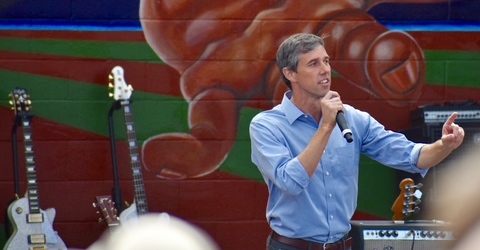 N/A by N/A is licensed under N/A
Reuters held on to a report about former congressman Beto O'Rourke and his participation in a hacking group as a teenager until after the 2018 Senate race in Texas, which he lost to incumbent Republican Sen. Ted Cruz.

O'Rourke, now 46, announced Thursday he's running for the 2020 Democratic presidential nomination. A day later, Reuters reported he was a member of a computer hacking group called the Cult of the Dead Cow and authored a series of writings under the name "Psychedelic Warlord."

Hours after publishing the report, Reuters put out a follow-up piece that said the author, reporter Joseph Menn, held on to O'Rourke story for more than a year.

Menn said he found out about O'Rourke's membership in the Cult of the Dead Cow as he was doing research for a book on the well-known hacking group.

“While I was looking into the Cult of the Dead Cow, I found out that they had a member who was sitting in Congress. I didn’t know which one. But I knew that they had a member of Congress," he said. “And then I figured out which one it was. And the members of the group wouldn’t talk to me about who it was. They wouldn’t confirm that it was this person unless I promised that I wouldn’t write about it until after the November election. That’s because the member of Congress had decided to run for Senate. Beto O’Rourke is who it was."
N/A by N/A is licensed under N/A