How to help Venezuelans oust Maduro 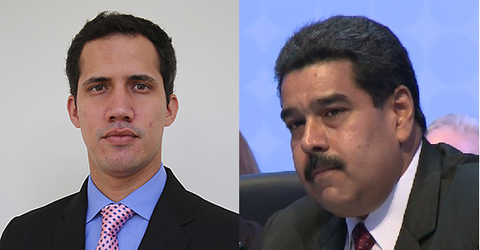 N/A by N/A is licensed under N/A
The collapse of Venezuela’s electrical grid this month triggered a struggle for power — literally, electricity — by narco-dictator Nicolás Maduro and sent 30 million people scrambling for food and water.

The blackouts underscored the gravity of Venezuela’s ­human­itarian crisis and the threat Maduro poses to ­regional stability, not to mention his own ­people. Which is why the United States needs a tougher game plan for ousting him.

Even so, Maduro hasn’t budged. Cuba, Russia and China have helped him hold on. And military commanders have rebuffed Guaidó’s order that they oust Maduro in exchange for amnesty. This stalemate could drag on for months, with critical infrastructure on life support.

Venezuelans rely on the hydroelectric turbines at the remote Guri Dam for about 80 percent of their electricity. The rest comes from thermal power plants around major cities.
N/A by N/A is licensed under N/A