How Republicans should replace ObamaCare 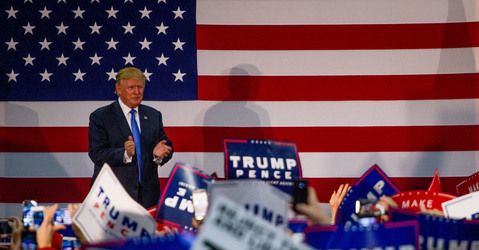 N/A by N/A is licensed under N/A
“If the Supreme Court rules that ObamaCare is out, we’ll have a plan that is far better than ObamaCare,” President Trump pledged Wednesday. Democrats and their media toadies attacked, claiming Trump will sucker-punch consumers with “junk” plans, abandon people with pre-existing conditions and cause “around 20 million Americans” to lose coverage, as New York Times columnist Paul Krugman warns. These claims are lies.

The Trump administration’s health experts have put out reports outlining what a Trump alternative will look like. The key pieces are a special fund for people with pre-existing conditions, allowing lower-cost plans and reforming Medicaid.

The Trump administration wants to protect people with pre-existing conditions by duplicating nationwide what several states have done to fund coverage for the sick separately. That’s not abandoning the sick.

Five percent of the population consumes nearly 50 percent of the health care. Forcing consumers to pay the same for insurance regardless of health status, as ObamaCare does, is extortion. Actuarial experts explain that’s why ObamaCare premiums have tripled since 2013.

When healthy consumers in Alaska rebelled against skyrocketing premiums, the state set up a separate fund to pay the costs of ­seriously ill Alaskans out of general revenue, rather than hiding the cost inside the premiums healthy buyers pay. Premiums dropped 22 percent overall and 39 percent for Bronze plans. Now other states are experiencing similar success.
N/A by N/A is licensed under N/A