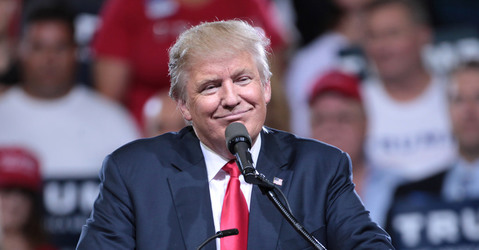 N/A by N/A is licensed under N/A
Get ready for the anti-Trump “resistance” to go truly loco, because new polling data indicates Hispanic support for the president is swelling, a trend that could seal his 2020 re-election victory.

When I helped lead the Trump Hispanic Advisory Council in 2016, our effort was widely derided by skeptics certain that the narrative of Trump as anti-Latino would doom his candidacy, particularly in heavily Hispanic states like Florida.  But that November, Hispanics saw through the media smears and Trump massively outperformed dour expectations, actually surpassing Mitt Romney’s 2012 percentage among Latino voters.

Since then, prospects have only improved – most importantly for the overall well-being of America’s Hispanic citizens, but also for the political prognosis of President Trump. So much good news erupted last week for the president with the conclusion of the Mueller inquiry that stunning new polling data was largely glossed over.  McLaughlin & Associates revealed that Hispanic approval for Trump in March jumped to 50%.  This number matched the January Marist/NPR/PBS survey that shocked cynics with its own 50% approval finding.  Even if those polls are too aggressive, February’s Morning Consult/Politico poll showed Trump’s Hispanic approval vaulting to a still-impressive 45%.

What explains this stunning trend?  I see three key factors:

The Economy – Hispanics neither desire nor expect a laundry list of deliverables from government, but rather seek the conditions to advance and prosper independently.  As the most statistically entrepreneurial demographic in America, Hispanics have thrived amid the Trump boom as regulatory and tax relief unleashes a small business surge.  Every American benefits from this new dynamism, but Hispanics most of all.  For example, the Hispanic jobless rate has now been below 5% for the last 11 months; prior to the Trump presidency, it had only been below 5% for one month ever (in 2006).   In addition, jobs are paying more.  Wage growth has finally ramped higher for all Americans, but especially for Hispanics, who now welcome wage growth far above workers on the whole. The American manufacturing renaissance drives much of this resurgence, as on-shoring, better trade deals, and rising optimism made 2018 the best year for factory jobs since the 1990s.
N/A by N/A is licensed under N/A