Elizabeth Warren Is Wrong about the Housing Market 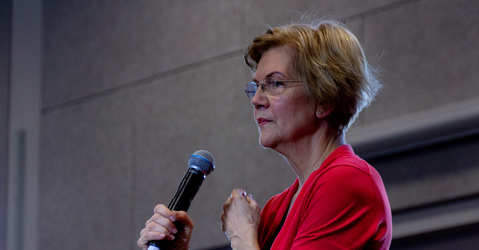 N/A by N/A is licensed under N/A
Last month, senator and presidential hopeful Elizabeth Warren (D., Mass.) reintroduced a radical proposal to address what she has identified as shortcomings in federal housing policy. Unfortunately, Senator Warren is just proposing more of the same: higher taxes, more inefficient spending, and even greater government intrusion in the housing market. Masked as a sensible solution to tackle a shortage of housing, her proposal could actually set the stage for another government-caused foreclosure crisis similar to 2008’s — and taxpayers would again be left footing the bill.

The centerpiece of Senator Warren’s housing proposal, an updated version of her previous legislation now called the American Housing and Economic Mobility Act of 2019, is a massive spending plan to finance the construction of millions of new affordable-housing units and fund a combination of existing and brand-new federal programs. Nearly all of the proposed initial spending, about $445 billion, would be dedicated to the Housing Trust Fund (HTF) to build new affordable housing or refurbish existing units. According to a bill summary, the plan would raise $500 billion in taxes and fees over ten years in order to remain deficit-neutral. But given the history of programs with sweeping mandates funded by tax increases, taxpayers could suffer twice: once through heavier tax burdens and a second time if political pressure to spend beyond the program’s means generates deficits.

Another troubling aspect of the legislation is its expansive new regulatory approach. The bill heavily amends Community Reinvestment Act (CRA) rules that were originally designed to combat “redlining” (i.e., lending discrimination against entire communities) by creating more low- and middle-income housing mandates on lenders, expanding the definition of prohibited activities, and toughening penalties for violations. Interestingly, the 2019 version of Warren’s bill specifically excluded credit unions from the new CRA crackdown, even though the bill she introduced last year did not. Regardless, the new law could have a counterproductive effect on the remaining institutions (banks and some nonbank lenders). While CRA was conceived more than four decades ago with good intentions, its actual impact is far from clear. As the Congressional Research Service noted in a February 2019 report, “it is difficult to determine the extent to which CRA incentives have influenced LMI [low- and middle-income] credit availability relative to other factors.” Those factors include private-sector innovations in credit scoring, automated underwriting systems, and other “technological advancements.”

Ultimately, Senator Warren’s legislation is motivated by the belief that the free market has failed to produce enough low- and middle-income housing opportunities and that it is government’s responsibility to step in and meet market demand. This viewpoint is deeply flawed, as government, not the free market, is often responsible for a lack of affordable housing. City and state governments have imposed expensive regulations, taxes, fees, and rent controls that discourage investment in affordable housing.

Take, for example, high-tax and regulation-heavy California, where the average cost to build a single-family unit of affordable housing is more than $300,000. In some cases, a single unit can cost as much as $750,000, according to the Government Accountability Office. It’s a similar story in other big-government states with strict housing laws, such as New York, where the average cost to build affordable housing is more than $250,000.
N/A by N/A is licensed under N/A