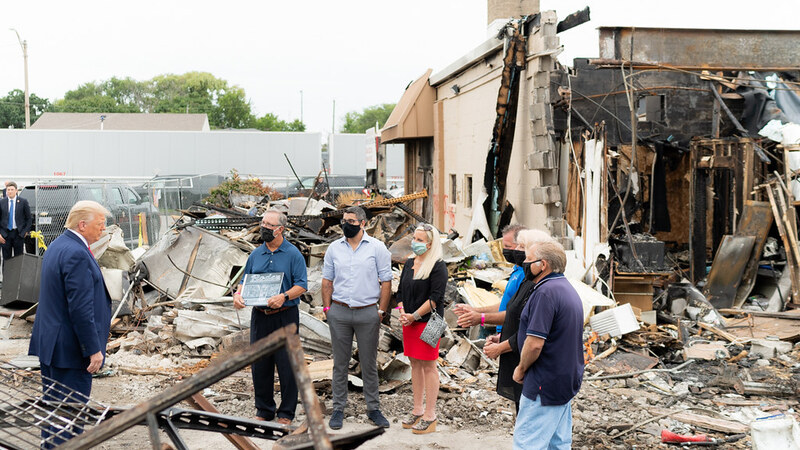 Kenosha Destroyed During Democratic Riots by The White House is licensed under Public Domain Mark 1.0

The same media and Hollywood collective that derided American police in 2020 is now flooding the airwaves with their crocodile tears about the police who were on the front lines against trouble-making demonstrators at the nation’s Capitol on Wednesday.

Back then Joe Biden was silent about the killings, too, despite attacking President Trump and his supporters for Wednesday’s violence at the Capitol.

There’s certainly enough blame in America to go around. But to be proportionate, let’s analyze some things very clearly.

Kenosha Destroyed During Democratic Riots by The White House is licensed under Public Domain Mark 1.0