China’s vast fleet is tipping the balance in the Pacific 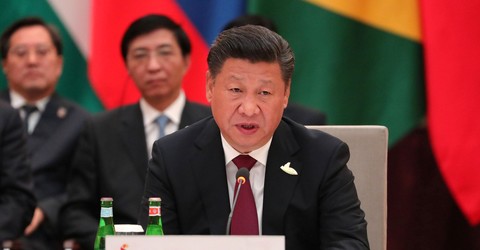 N/A by N/A is licensed under N/A
A generation ago, from mid-1995 into early 1996, China lobbed missiles in the waters around Taiwan as the self-governing island prepared to hold its first fully democratic presidential election. Washington forcefully intervened to support its ally, sending two aircraft carrier battle groups to patrol nearby. The carriers, then as now the spearhead of American power, intimidated Beijing. The vote went ahead. The missiles stopped.

On Sunday, American ships sailed through the Taiwan Strait. This was the seventh passage of U.S. warships through the narrow, strategically sensitive waterway since July. Each time, though, just two U.S. vessels have ventured through; this week, it was a pair of destroyers. No powerful flotillas and certainly no aircraft carriers. It has been more than 11 years since an American carrier traversed the Taiwan Strait.

“The Trump administration faces a dilemma,” said Chang Ching, a retired Taiwan naval captain and researcher at the Taipei-based Society for Strategic Studies. “They want to send smart, calibrated signals to Beijing without causing an overreaction or misunderstanding.”

This caution is typical of the restraint the U.S. and allied navies, including Japan and Australia, now display in international waters near the Chinese coast, according to more than 10 current and former senior U.S. and Western military officials.
N/A by N/A is licensed under N/A