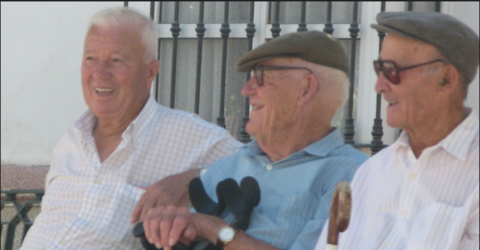 N/A by N/A is licensed under N/A
With a septuagenarian president preparing his re-election bid, and two likely main challengers in their late seventies by 2020, Americans are facing an inevitable question: does age matter in White House politics?

Donald Trump, the oldest person ever elected US president, will be 74 on Inauguration Day 2021.

Two likely contenders for the Democratic nomination who lead early polls, Senator Bernie Sanders and former vice president Joe Biden, will be 79 and 78, respectively. Senator Elizabeth Warren, the Massachusetts progressive also in the race, will be 71.

History would suggest they have a better shot at victory than members of the gerontocracy. The last time Americans elected a Democrat older than 55 to the White House was Harry Truman in 1948.
N/A by N/A is licensed under N/A