Bernie Sanders says all his 'radical' 2016 ideas are now mainstream 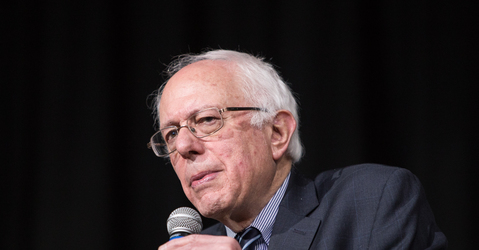 N/A by N/A is licensed under N/A
Vermont Sen. Bernie Sanders is bragging that the ideas he campaign on in 2016 have taken root and are now being promoted by Democratic candidates across the board.

Sanders, who managed to mount a stronger than expected campaign against Hillary Clinton – and who opened up lines of attack on the ultimately losing nominee – has seen his left-leaning ideas take off.

'Those ideas that we talked about four years ago that seemed so very radical at that time, well, today, virtually all of those ideas are supported by a majority of the American people and have overwhelming support from Democrats and independents,' Sanders said on the stump in New Hampshire.

'They're ideas that Democratic candidates all across the board are supporting,' said Sanders, visiting the Granite State after trips to Chicago

Sanders, 77, has among the best name identification, and is polling second only to former Vice President Joe Biden among potential candidates, and ahead of lesser-known figures like Sen. Kamal Harris (D-Calif.).
N/A by N/A is licensed under N/A