American Democracy Is in Extremis 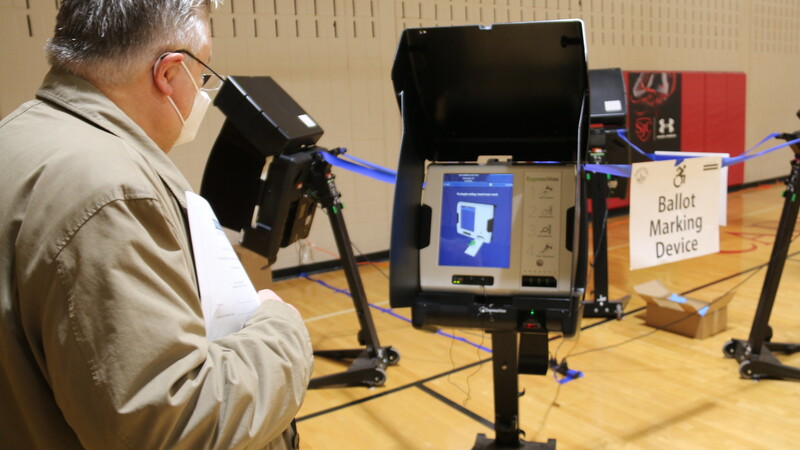 Voting Machine by OSCE Parliamentary Assembly is licensed under Creative Commons Attribution-ShareAlike 2.0 Generic (CC BY-SA 2.0)
The 900-pound gorilla lurking in every voting place in America as we enter the last month before the midterm elections is the fact that the national political media are continuing to repeat, almost in unison, that any possible dispute over the legitimacy and authenticity of the 2020 presidential election result has been resolved.

The evidence for this claim has been the failure of the many actions undertaken by Rudolph Giuliani on behalf of then President Donald Trump, and Sidney Powell acting independently but in the same interest, which made exaggerated claims and sought unrealistic remedies from the courts. The national political media were approximately 95 percent hostile to Trump according to independent media surveys by Pew Research and the Harvard Shorenstein Center on Media, Politics, and Public Policy. They reckoned that by debunking the Giuliani-Powell efforts, they would discredit all concerns about the authenticity of the election result.

There were 19 actions challenging the constitutionality of the voting and vote counting changes, supposedly to facilitate voting in the pandemic, particularly in the swing states of Arizona, Georgia, Michigan, Nevada, Pennsylvania, and Wisconsin. Most important was the action of the attorney general of Texas against those states, and he was joined in his complaint by 18 other state attorneys general, directly to the U.S. Supreme Court as the forum for inter-state lawsuits. This action alleged violation of the constitutional obligation of all states to ensure through their state legislatures, and not the executive or judiciary in those states, that presidential elections are fairly conducted within their jurisdictions. None of these cases was heard on its merits, a fact which received almost no publicity. Process objections were raised: lateness, wrong courts—everything was shuffled off until the clock ran out.
Voting Machine by OSCE Parliamentary Assembly is licensed under Creative Commons Attribution-ShareAlike 2.0 Generic (CC BY-SA 2.0)